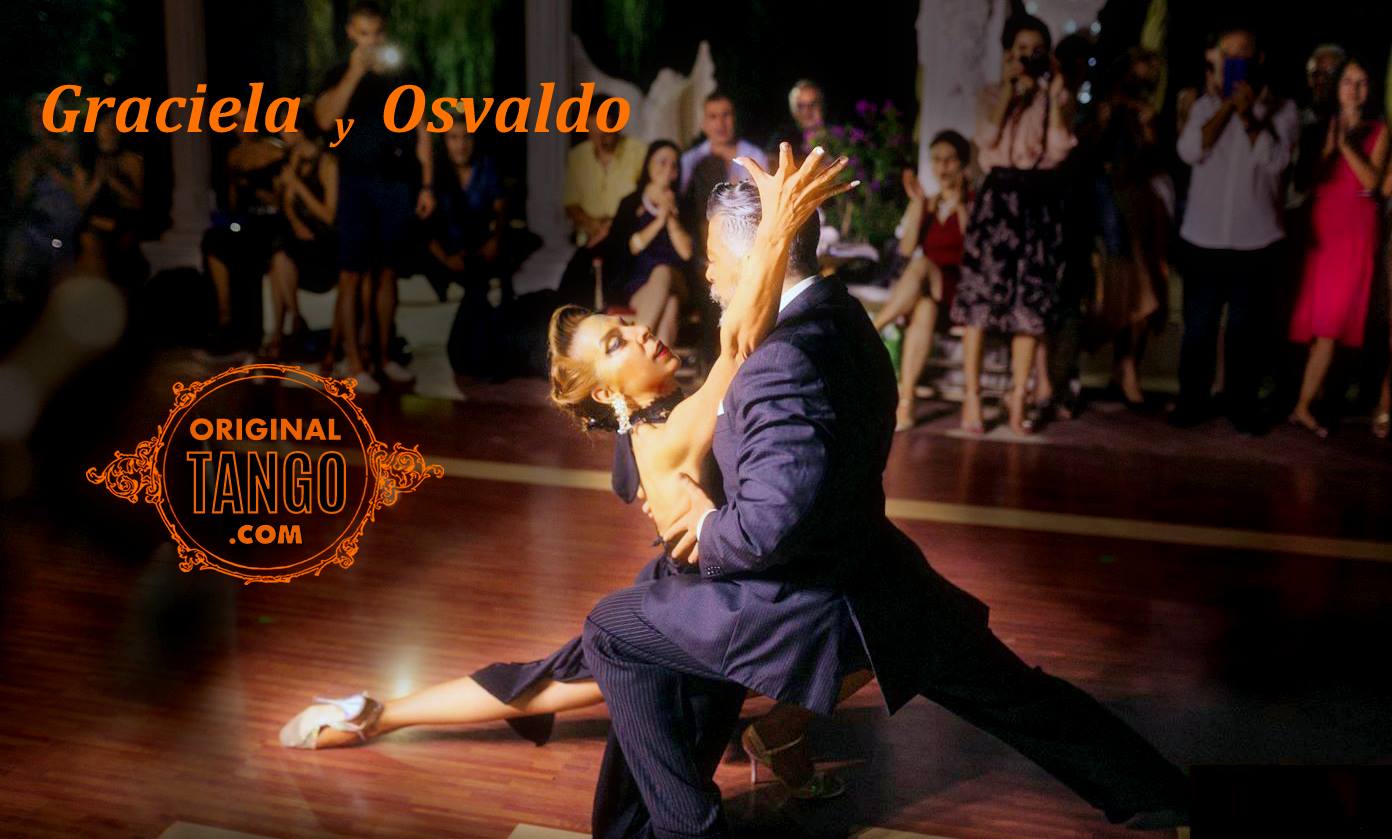 Graciela & Osvaldo Dancers, Masters and Choreographers of Tango Argentino; specialized in the characteristics and interpretation of the Tango Styles:Ancient Tango; Canyengue; Milonguero; Scenic and New Tango. With an intense National trajectory, they have performed in the most important and famous Cultural and Traditional Argentine Festivals and "Milongas Poreñas" Settled in Barcelona since 2006, they continue to develop tango projects with great authenticity and professionalism. Directors of La Yumba Cultural Center and Tango School of Barcelona Directors of the Cia Tangos Brujos Judges of the Tango World Championship 10 consecutive years, Invited Artists at Xrismast Feast UK (The biggest Tanguero event in this region of the UK) Their unusual performance "Historia de un Milonguero" was selected for the opening of the International and Renowned Tarbes Festival. The Festival de Tango de Niza (One of the longest running events in this city) calls them repeatedly for the teaching of Tango Canyengue and also for the Opening Gala in 2016.

This intense and experienced couple of Argentinian Dancers is awarded and Scholarships by juries of great hierarchy in Argentina, both for their interpretive quality and their teaching abilities.
They are permanently required in prestigious festivals in Europe.
20 Years embracing and spreading Tango defines them as "Impeccable dancers with an exceptional teaching quality." 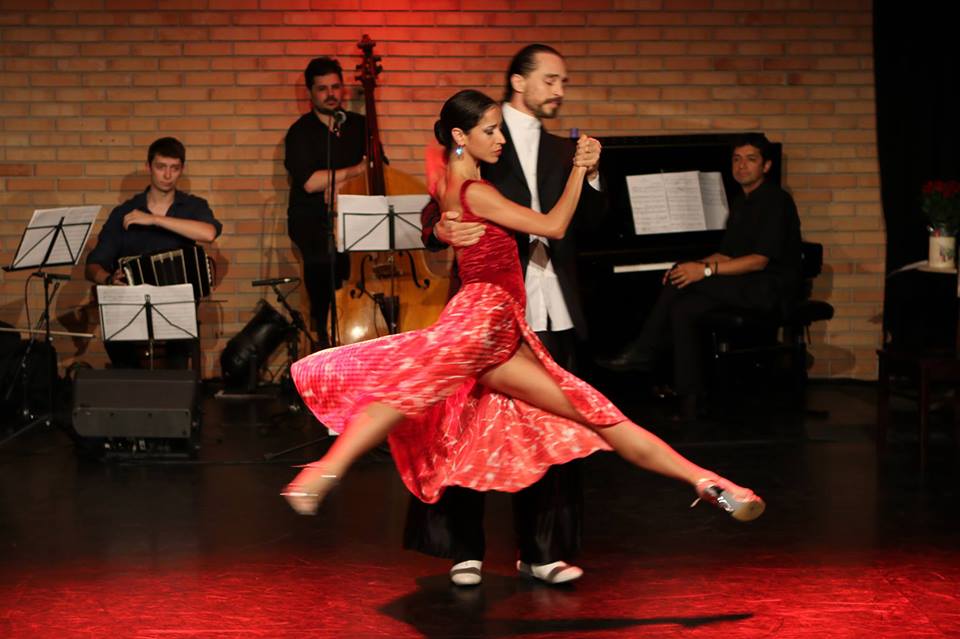 Diego Mastrángelo was born and raised in Buenos Aires, Argentine.
In 1994 he started his dance studies at the Municipal School of Dances “Jose Neglia” in the suburbs of Buenos Aires. He studied for a year with Aurelio and Delma, teachers that danced through the golden period of tango in Buenos Aires.
After a year he started taking Osvaldo Coelho’s lessons. After Osvaldo’s retirement, in 1998 he started teaching a reduced group of young students, in Caballito neighborhood.
In 1999 he met Fabian Salas, Gustavo Naveira and Mariano “Chicho” Frumboli and was taught the principles of the dance system known worldwide as “Cosmotango” (lately tango nuevo). The next year he performed tango for the first time at the University of Buenos Aires -UBA.
He was invited to work as an assistant in the 1999, 2000 and 2001 International Argentine Tango Congress (CITA).

He continued his education with exceptional artist Cesar Coelho, and attended to several classes with many other renowned teachers. At the same time he was hired to perform three times a week in a exclusive cabaret of Recoleta neighborhood, until his departure in April 2001, when he traveled to Greece.
In 2007 he started presenting his work with Evi Anesti, his present dance partener, in different theathers of the city.
In 2008 Evi & Diego were invited to perform together with the string cuartet and bandoneon at the National Orchestra of Thessaloniki, in a tribute to Argentine tango music.The same year together with Evi Anesti they got the first place at the First Athens Interamerican dance competition, in the category “Stage tango”.
In 2009 Evi & Diego taught and performed in Crete in two occasions, they performed at three municipal theaters in and around Thessaloniki.
In 2010 Evi & Diego taught and performed at Spittelberg theater in Vienna, Austria. The same year they were hired to perform at “La viruta” milonga in Buenos Aires.
In 2011 Evi & Diego toured four Estonian theathers together with the orchestra of Villu Veski & Tiit Kaluste.
That same year they performed at Istanbul Tango week.
Later they travelled to Buenos Aires and were invited to perform in 7 milongas (La ideal, Milonga 10, La nacional, Yira yira, Si tango).

In 2013 Evi & Diego taught and performed at Cretango festival in Crete Island for the second consecutive time, at Xania in February and later that year at Yira yira milonga in Buenos Aires.
In 2014 Evi & Diego performed in Buenos Aires at Canning (parakultural) , Milonga 10, La bendita milonga and La pipetuá. They also taught and performed at Cretango festival in Crete Island for a third consecutive time. They also visited Chania and Rethimno in Creta, and they took part in “Retango Weekend Festival” in Rethimno. Furthemore, that year they taught and performed in Rome, Italy, and in Vienna, Austria, at Spittelberg theater. Later, they participated in the musical “Dorian Gray” which took place at the Regency Casno of Thessaloniki, and at the Acropolis Tango Festival, which was held in Thessaloniki at Mylos Club. At the end of that year, they went once again to Buenos Aires and performed at the milonga Cachivacheria with the Quinteto Cachivache.
In 2015, they taught at the milonga “La Inclusiva” (Villa Malcom) and also performed at Yira Yira, La Bendita, La Maldita and La Catedral.
Coming from a family of teachers and professors, from a young age he understood the importance of proper learning processes. This understanding together with his love for helping others to achieve what they thought they couldn’t has established him as a respected tango educator in Greece.
He has taught around 8000 hours of group lessons and more than 5000 hours of private lessons already (Argentina, Greece, Estonia, Austria, Skopje, Finland and Turkey).
He is an Argentine Red Cross Lifeguard, has studies in Electronic Engineering at UTN (National Technological University) and in the Industrial Design field at UBA (University of Buenos Aires).

Evi Anesti was born in Thessaloniki. From a young age she attended to classical ballet and modern dance lessons. She holds a classical ballet teacher’s degree from the Professional Dance School of Thessaloniki’s Municipality. She has attended classical ballet seminars by Rudy Brians (france) and Monica Souto (argentine) among others. In 2006 she started taking tango lessons with Diego Mastrángelo (argentine) and soon became his dance partner. She has also taken tango lessons with Mariano “Chicho” Frumboli and Lucia Mazer, Sebastian Arce and Mariana Montes, Julio Balmaceda and Corina de la Rosa among others.

In 2008 she was awarded “Best female dancer” of the “First Athens Inter American Dance Competition” for her participation in Stage tango. She has been performing locally and internationally together with Diego Mastrángelo since 2007. She holds an Accounting and Finance degree from the Macedonia University of Thessaloniki. 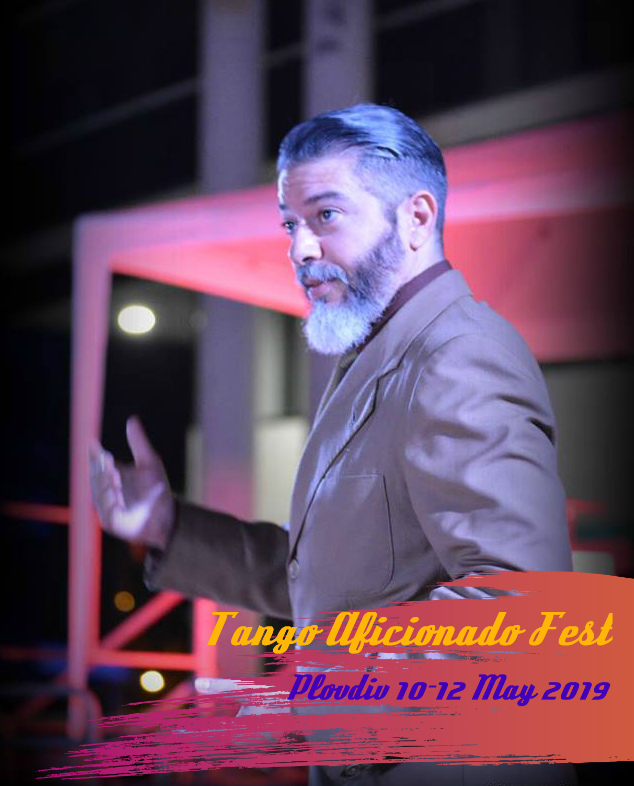 He is charismatic, he is extremely musical, his tandas are perfectly balanced, and his cortinas are the funniest! He will burn the dance floor and will leave you breathless! We introduce to you TDj Osvaldo Perez! Osvaldo‘s music will obsess you on Saturday night!

He has been dancing tango for 10 years and has a very large collection of tango music. He keeps the quality and will bring you a variety of tandas with excellent sound. He says for himself: "The tango is my refuge and I share it with good friends!" Stefanos Antoniou is our TDj on Friday night! 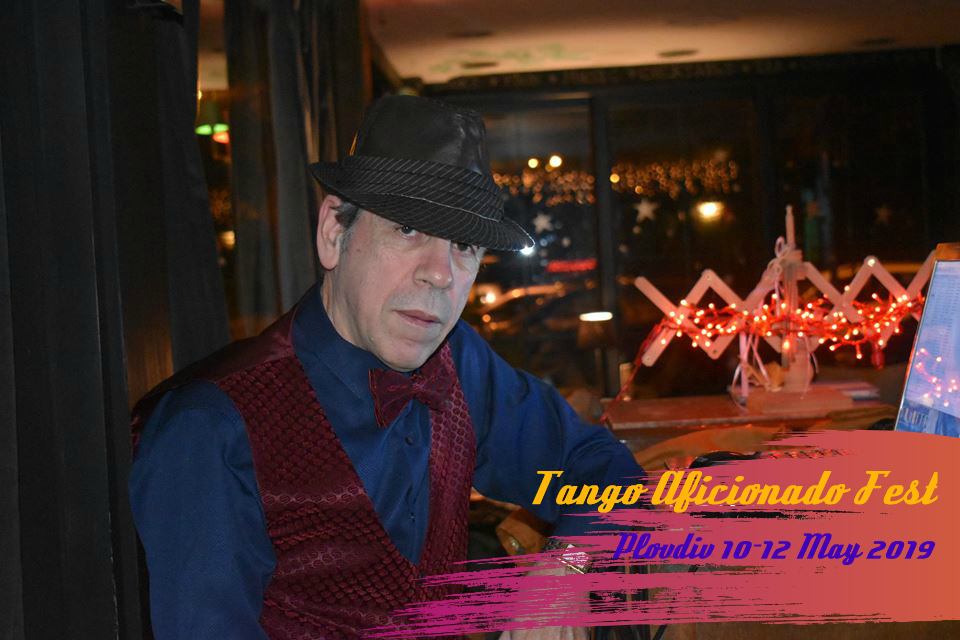 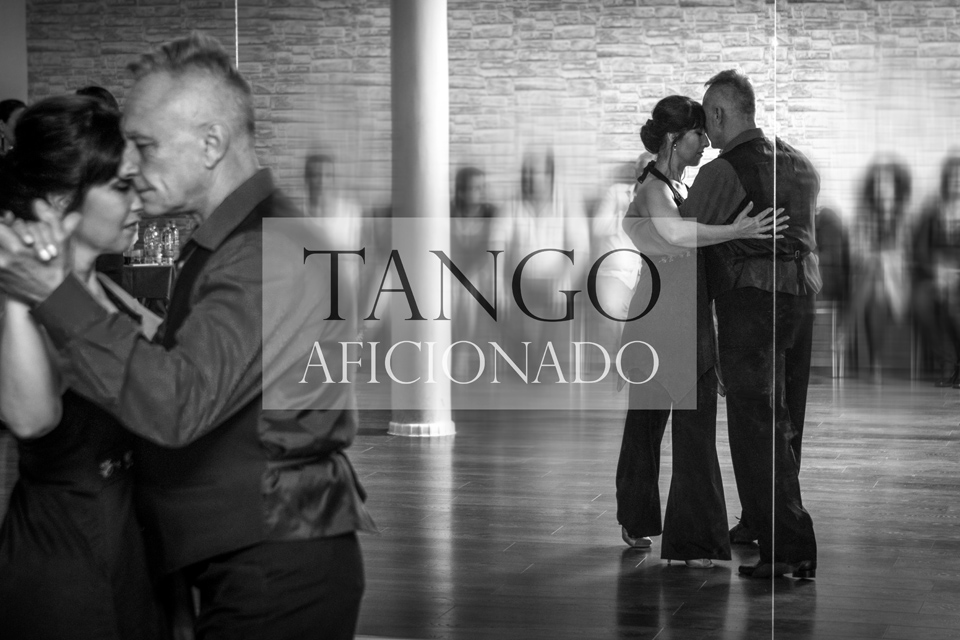